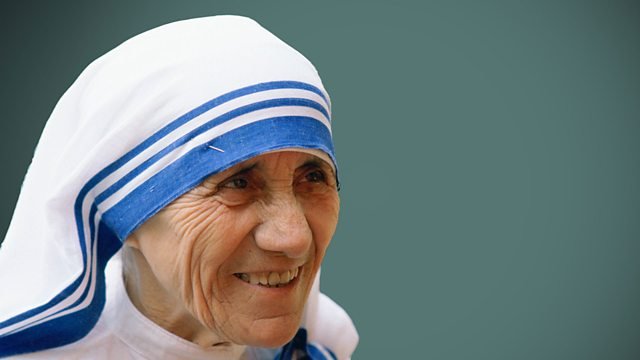 Mother Teresa a Nun and Missionary devoted her life to caring for the sick and poor who are not looked after by society. She was considered in Catholic Church as a Saint. By birth she was Agnes Gonxha Bojaxhiu, was born on August 26, 1910, in Skopje, of erstwhile Macedonia, belong to an Albanian descent.

It is very little known about the early life of Mother Teresa, except that she was inclined to spirituality and always felt strongly the call of God. When she was 18, she joined the Sisters of Loreto, an Irish community of nuns leaving her family. She was trained at Dublin and came to India on May 24, 1931, joined the Irish community of nuns in India to serve the people as a nun. She came to Calcutta, joined at St. Mary’s High School, Calcutta as a teacher, and remained associated up to 1948.

Her Inclination towards Charity and Serving Poor

During her association with St. Mary’s High School in Calcutta, she very much attracted to serve the poor ailing people finding them living just outside the school. Taking permission from the superiors she started her Charity by serving the poor people in the slums of Calcutta. Initially, she faced some difficulties in her mission because of the dearth of enough funds, but she opened an open-air school to teach the children of the slum. Gradually seeing her efforts she started getting voluntary help, and financial support.

Starting of the Missionaries of Charity

The objective of the Missionaries of Charity is wholehearted free service to the poorest of the poor who have no one to look after them.

Primarily the Missionaries of Charity mainly look after sick and abandoned children, people suffering from leprosy, AIDS, mentally sick, elderly, and convalescents. It also takes care of refugees and prostituted who are suffering.

The Missionaries of Charity offers services by giving free education to the street children, serving food, and doing any other charitable work that needs by giving services to poor and sufferers. These activities are run through their well-trained volunteers, complete with free services, and without discriminating any caste, creed or religion.

Mother Teresa was recognized in many ways internationally. In India she was conferred with Bharat Ratna in 1980 and before that was awarded Padma Shree in 1962, and Jawaharlal Nehru award in 1969.

Amongst the international recognition, she was a Nobel Peace Prize winner in 1979, Ramon Magsaysay Award in 1962, the Pope John XXIII Peace Prize in 1971, Presidential Medal of Freedom in 1985, amongst others.

Mother Teresa left the word on September 5, 1997, at the age of 87. The government of India has given her full state recognition at her funeral.