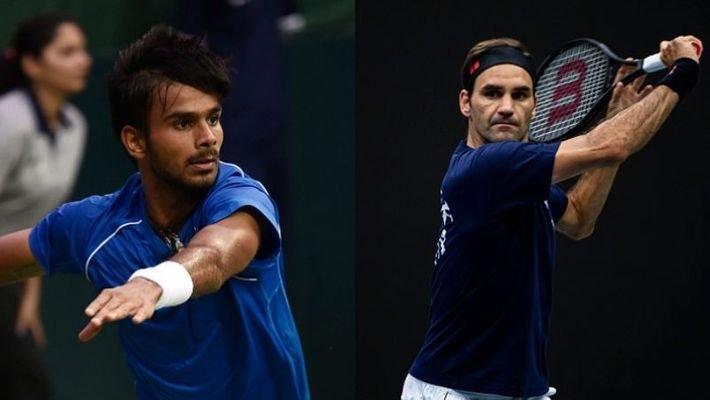 A 22-year-old Indian lad from Jhanjhar, Haryana shook the 20 times grand slam champion, the world’s best tennis player, Roger Federer when they both faced each other in the US Open, 2019 at the Ayshe court, New York.

Brief About the Match

The match was already hyped a bit, first of all, due to the first opening match for Roger Federer, and secondly as he was going to face some unknown Indian player, who was till now known for a clay court tennis player but, suddenly came to limelight as he was going to face the 20 times grand slam champion Roger Federer in his debut match in US Open, which is held in a hard court.

People did not have any doubts about Federer’s win against this young Indian in the Ashley arena. Still, the tennis lovers were keen to see the young champ’s performance on the hardcourt.

The Match Started then

It was the last Monday, the match took place. And to his surprise, Federal noticed that Nagal is giving him a real tough fight in spite of not being a regular hard court player. Federer has agreed at the post-match press conference that he was unable to hold his ground and was lacking concentration as he was not able to follow the ball during the first set.

So, What Happened in First Set?

Unexpectedly, Federer lost! Yes, the 22-year-old young man defeated Federer in the first set after a strong fight. Federer lost the set with a score of 4-6.

Then the Game Progressed

As the game progressed, Federer fought back, showed his class, and with all his years of experience, finally won the match with a score of 4-6, 6-1,6-2, 6-4 in the four sets.

What About the Tragic Hero Sumit Nagal?

Yes, we are coming to that point. He lost the match against one of the greatest of all time in the history of any sport. But, won many hearts! Millions of tennis lovers who witnessed the match started praising him. Federer too has praised him highly in front of the media. He said that the young Indian tennis wonder has immense potential to become a great tennis player in the future. He has all those skills which is required in a good player. Especially, his ball controls and the body movements, shot selections all have amazed the maestro.

Sumit Nagal is basically from Jhajjar, Haryana, born and brought up in a middle-class family started his tennis career when he was an 8-year-old school going, kid.

Soon after two years of playing, as he started grabbing attention in the tennis world, he came into notice of Mahesh Bhupati, a renowned name in Indian Tennis and a former grand slam champion.

From that time, Nagal never had to look back. He got world-class training facilities and guidance through the Indian tennis superstar. Nagal stated that whenever he needed any kind of financial support or anything related to his tennis career, he found his mentor Mahesh Bhupati standing next to him.

Nagal also has seen many ups and downs during his sports career like any other player and has struggled a lot to reach his current level. On the way, he has achieved some statistics as mentioned below.